In November last year, Brazilian Farmers and Apex-Brasil coordinated a business prospect mission to Shanghai to promote fruits and dairy products in the enormous Chinese market. Eight months later (July 23), China officially announced the opening of its market for the imports of these Brazilian goods.

Brazilian dairy farmers and exporters received the news with great optimism! For years, the Brazilian Confederation of Agriculture and Livestock (CNA), along with other private and public entities, have dedicated efforts to strengthen the sector, expand and diversify exports to China.

“One of the main flags of my administration is to show that Brazil is able to become a major dairy exporter. The decision to open the Chinese market is a gift for all the effort and work expended by the CNA/Senar System. And it shows that going in this direction was the right thing to do,” said João Martins, CNA’s president. 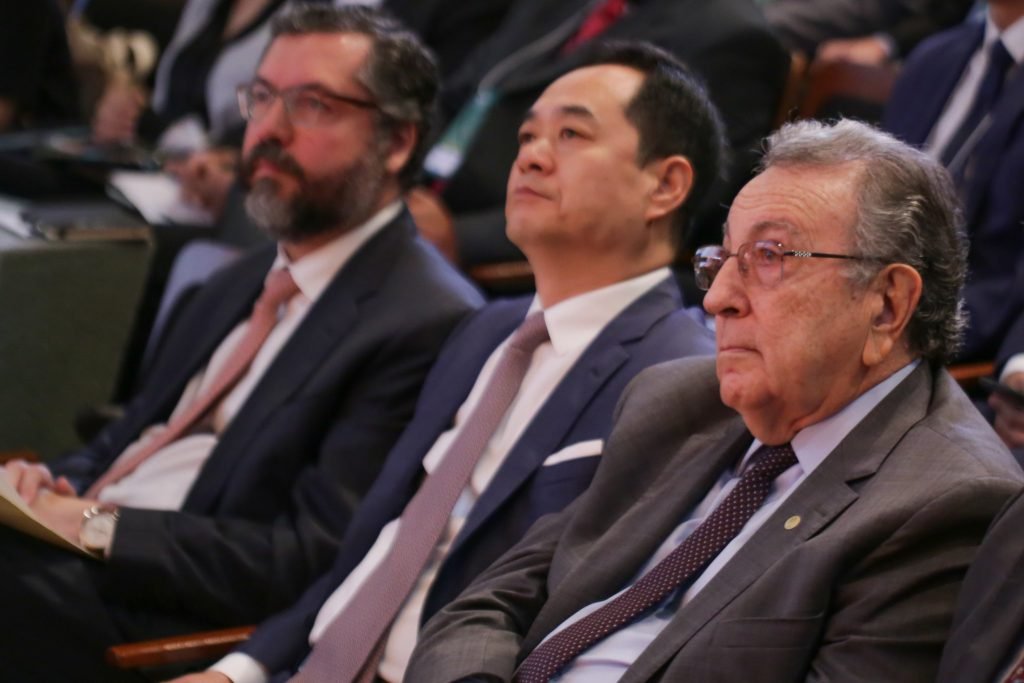 In addition to the mission to China last November, CNA promoted several actions aimed at expanding trade with Asian countries and this has been a recurring theme in the discussions held by the entity.

Brazil is the world’s fourth largest milk producer. 1.2 million ranchers dedicate their lives to dairy farming in the country. According to the Food and Agriculture Organization of the United Nations (FAO) Brazil produced 33.5 million tons of milk in 2017. Today, the vast majority of this production is destined to supply the domestic market. Nonetheless, producers and industries have invested considerably in technology and are targeting new business opportunities abroad. 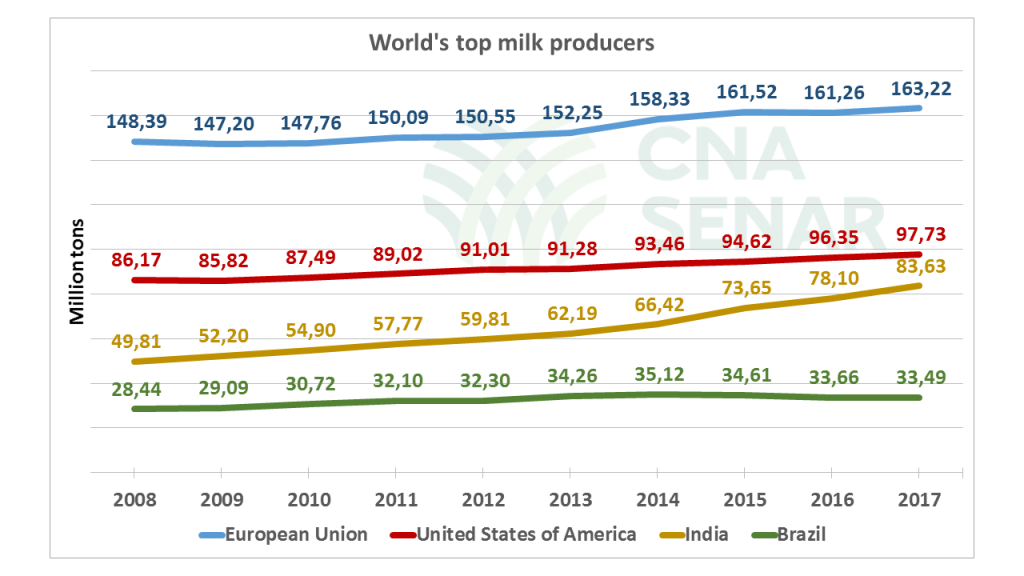 China, on the other hand, has a massive market. Rapid economic transformation, large population, high consumption rates, and drastic changes in eating habits, offer good prospects for those who seek to expand exports of healthy, sustainable and high-quality products.

The country already is the world’s largest importer of dairy products, buying US$ 10.18 billion in 2018. However, the per capita consumption of dairy is still low if compared to other economies. Each inhabitant of China consumes the equivalent of half a glass of milk per day, today. As a comparison, in Brasil the consumption is five times higher. 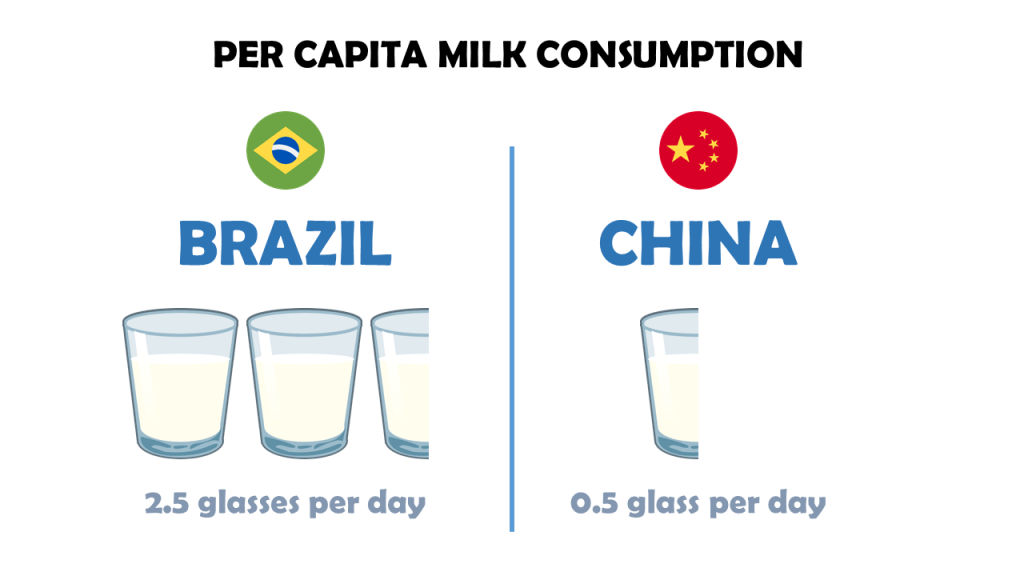 Source: USDA and FAO | Made by SRI/CNA

“Dairy consumption per capita is expected to grow steadily over the next few years, driven by this rising national incomes and changing dietary patterns. The Chinese government identified this trend and predicts a significant increase in purchases in the next several years,” said Pedro Henriques Pereira, International Relations Advisor at CNA, who follows these changes in Chinese habits closely.

Domestic milk production in China has not kept pace with the increase in consumption. This has caused the prices to rise, while also drawing the attention of Chinese authorities to the need to modernize and adjust sanitary conditions of local production.

Of the total value of dairy imports in China, US$ 4.89 billion were in infant formula, US$ 2.4 billion in milk powder, and US$ 913 million in fluid milk, as shown in the chart below.

A study by the Chinese Ministry of Agriculture projects that as dairy imports increase, sources will also diversify. The main suppliers to China are New Zealand, European Union, Australia and United States.

In 2018, New Zealand alone supplied 73% of China’s milk powder imports, 87% of butter and 48% of cheese. The European Union provides 77% of imports of yogurt, 65% of infant formula and 50% of fresh milk. Brazil will be able now to compete for some room in this market.

The Chinese market is massive. With a population that demands high-quality, high-volume food whose purchasing power gradually increases, China is increasingly demanding the best and healthiest in the world.

“This creates opportunities for Brazil to increase production and diversify exports, and China can be an important regional reference for Brazil to reach other markets in Asia, such as Thailand, Indonesia, Malaysia and Vietnam,” explains Camila Sande, CNA International Relations Coordinator.

According to the Brazilian Ministry of Agriculture and Livestock (MAPA), initially, 24 Brazilian dairy industries will be able to export to China.