Superfood from South America, the versatility of buriti goes beyond cooking

Richer in beta-carotene than carrots, and a great source of vitamins A, B, and C, proteins, iron, calcium, potassium, and carbohydrates, buriti is a superfood. Native from South America, it is common in the Brazilian Cerrado, Pantanal, and Amazon regions. Its fruit’s hard skin is a natural protection against predators and prevents the entry and loss of water.
Dark red on the outside, yellowish on the inside, it has a tasty pulp and an almond-shaped seed.

Experts point out that this superfood has antioxidant properties that help prevent premature aging, the development of heart problems, and multiple diseases such as cancer. 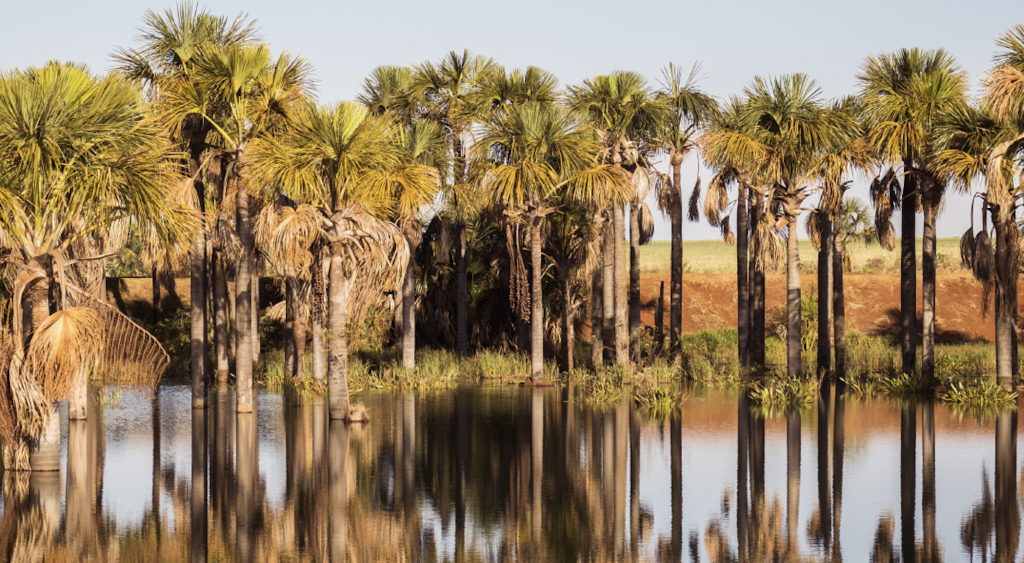 The buritizeiro tree (Mauritia flexuosa) is the most abundant palm tree in the country; it can reach 30m-high and have a trunk up to 50cm-thick in diameter. The species, called “tree-of-life” by Indigenous peoples, is fully used by communities in extraction areas. It has a very slow growth, but the trees have great longevity since some can live from 100 to 400 years.

According to the Brazilian Agricultural Research Corporation (EMBRAPA), each plant produces five to seven bunches per year, and each bunch yields 400 to 500 fruits. Buriti blooms almost all year round, especially between April and August.

Buriti provides edible hearts of palm, which are quite tasty, despite being little known in gastronomy. In addition to the benefits of its fruit, all parts of the plant can be used. From its leaves, it is possible to produce a fiber widely used in handicrafts to make hats, bags, hammocks, ropes, rugs, and ceiling coverings. Its trunk and wood are used to make furniture. Its pulp oil is used in gastronomy and the production of cosmetics, and from its pulp, it is possible to make wines.

By producing up to 3.6 tons of fruit per hectare, buriti oil is surpassing crops such as soybeans, sunflowers, and peanuts, and becoming an option of raw material in the production of biodiesel in Brazil.

If extracted from the pulp and seed, it provides oils rich in oleic and lauric acids, respectively.

Coconut: the superfood for all seasons