It was one of the most important encounters of the year for Brazilian farmers, ranchers and exporters!

At the headquarters of the Confederation of Agriculture and Livestock of Brazil (CNA), Brazilian Farmers and the Ministry of Agriculture promoted a dinner meeting to 37 Islamic Ambassadors stationed in Brazil as means to reinforce and strengthen trade relations, and to show the need for Brazil to be increasingly insert itself in the international market. The President of Brazil, Jair Bolsonaro, and the Minister of Foreign Affairs, Ernesto Araujo also attended the meeting.

Bolsonaro said he hoped “that the commercial ties [between Brazil and the Islamic nations] will increasingly become bonds of friendship, respect and fraternity.” According to him, Brazil excels for democracy and freedom, and the Brazilian government has “its arms open to all”, without exception.

The president of CNA and host of the meeting, Joao Martins, stressed that Brazil is already the world’s largest exporter of Halal-certified animal protein, which follows a series of requirements of Muslim countries for the breeding and slaughter of animals.

“The recognition of the demanding Muslim consumers is a source of satisfaction for all of us, Brazilian farmers. We want to expand this leadership to other sectors and increasingly insert Brazil in the international market,” added Joao Martins on his speak to the authorities present.

The Minister of Agriculture, Tereza Cristina, spoke about the intense commercial relations that already exists between Brazil and the Islamic countries. According to her, Brazilian agricultural exports to the member-states of the Organization for Islamic Cooperation surpassed US$ 16 billion.

“A central attribute of our relationships is the trust built over more than a century of exchanges. It is based on this confidence and the dynamism of the exchanges already established that I am convinced that these relations will intensify much more in the near future,” said Tereza Cristina.

Foreign Minister Ernesto Araújo said the meeting was important to show that there is a friendship, which is consolidated in the dialogue and trade of agricultural products, between Brazil and the Islamic countries. “Agriculture is Brazil’s strength, in favor of peace, understanding and prosperity in all regions of the world”.

At the end of the meeting, the Palestinian ambassador, Ibrahim Alzeben, stressed that the group of 57 Islamic countries is friendly and represents one third of humanity. According to him, these countries put their trust in Brazil as a great nation, partner and provider of food. 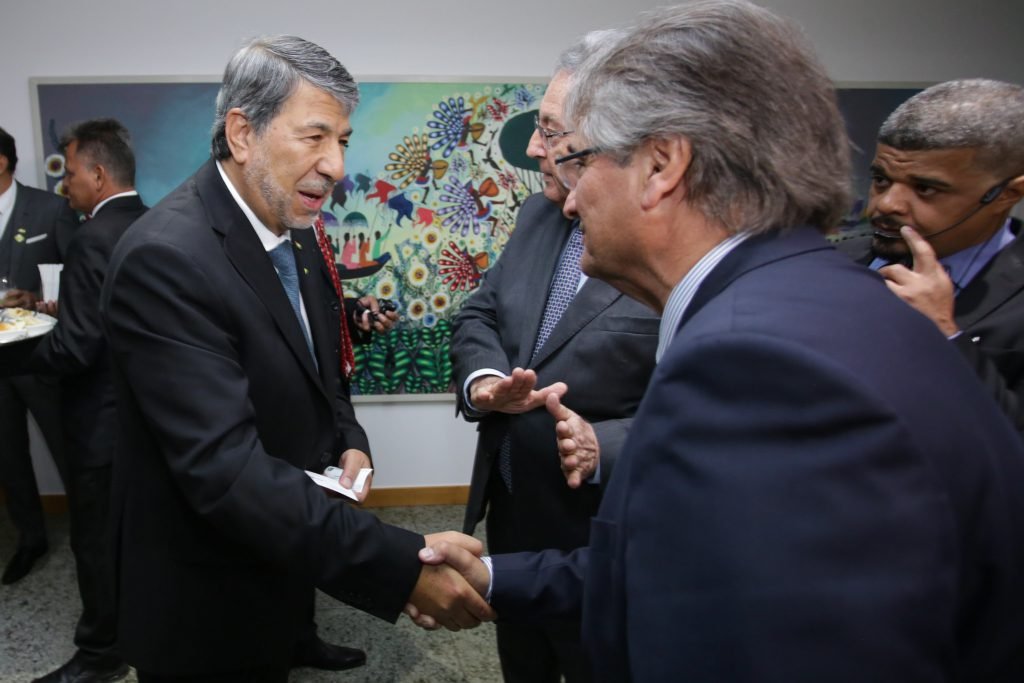