The president of the Brazilian Confederation of Agriculture and Livestock (CNA), Joao Martins, met with the Chinese Ambassador Yang Wanming and the Minister of Agriculture, Tereza Cristina, to discuss technological cooperation and the expansion of trade between the two countries.

Mr. Martins spoke about the actions of the Confederation and the projects of CNA’s International Relations Office to expand and diversify the exports of agricultural products.

“Brazilian farmers produce quality food, efficiently, and are able to supply them to the world,” he said.

According to him, there is a need to build a strong export agenda based on commercial pragmatism and CNA has a fundamental role of bring Brazilian Farmers, the Embassy of China and representatives of the Brazilian government closer. 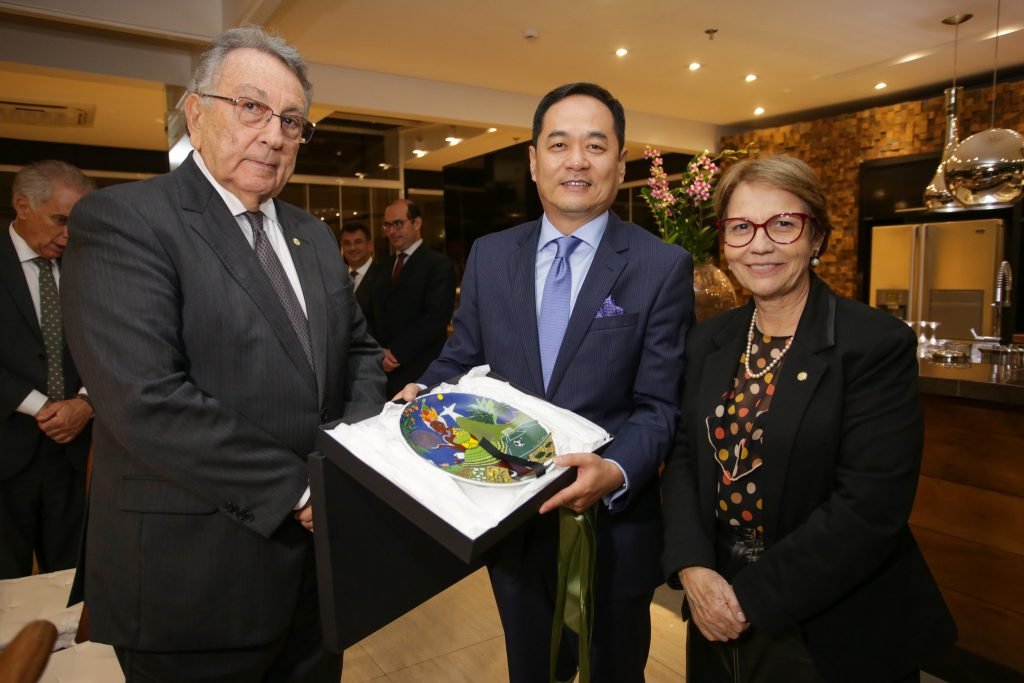 China is Brazil’s biggest trading partner. In order to reinforce the importance of a constant dialogue with the Asian country, Minister Tereza Cristina spoke of the official mission that the government will make to China in May, 2019. The delegation plans to visit SIAL China, the largest food and agriculture fair in Asia.

“We have an extensive agenda to deal with during the technical mission, such as the certification of plants for meat export and the commercial opening of some agricultural products. On the other hand, China is also interested in exporting other products to Brazil,” said the Minister.

According to her, meetings like the one promoted by Brazilian Farmers and governmental missions are important and can yield “good fruits”, even in the area of technological cooperation. “The ambassador has shown interest in investing in ports, railways, hydroelectric and in the entire infrastructure sector in Brazil.”

The Ambassador Yang Wanming also highlighted the exchange views on trade and on cooperation in agriculture between China and Brazil. “We hope that Brazil’s official mission to China will result in maximum cooperation between both countries,” said the Ambassador.

CNA’s Director of International Relations, Gedeao Pereira, who is also president of the Federation of Agriculture of Rio Grande do Sul (Farsul), spoke about the importance of the country being attentive to business opportunities.

“China has been growing exponentially. That means they are a big consumer of food. We are currently exporting soybeans and cellulose to China, but we are aware of other opportunities for Brazilian agriculture, such as fruits and dairy,” said Gedeao Pereira. 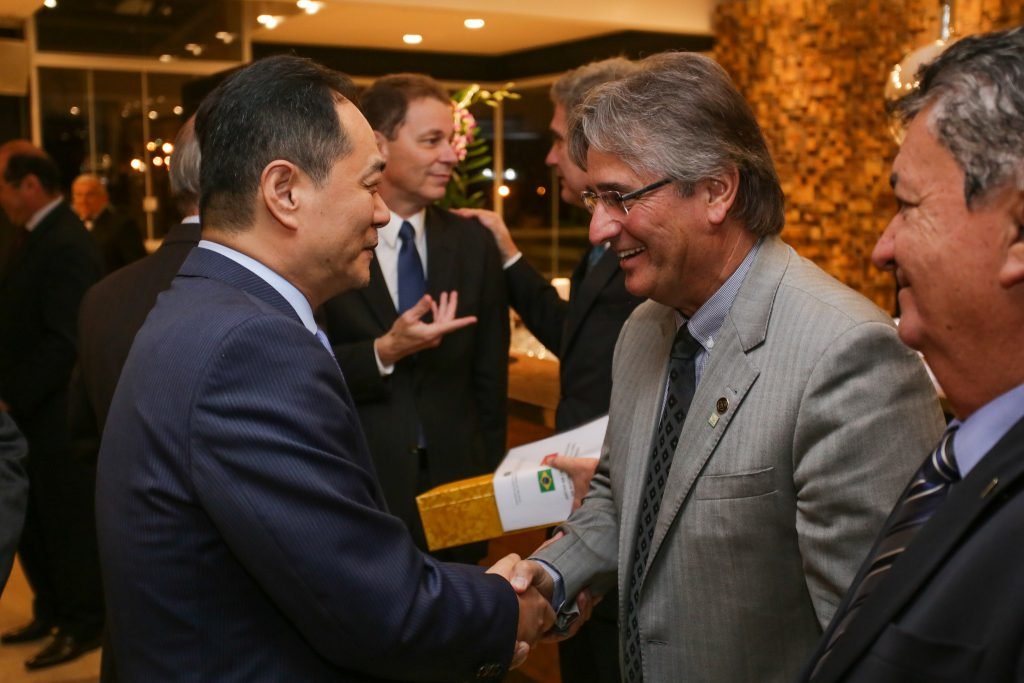 In November 2018, CNA and the Brazilian Agency for the Promotion of Exports and Investments (Apex-Brasil) went on a business mission to China. In the group, there were private entities, businesspersons and government representatives. The delegation promoted and prospected business opportunities for Brazilian dairy and fruit.