The biodiversity of the Amazon inspires Brazilian creativity. The latest discovery was “cupulate,” a type of chocolate in which cocoa seeds are replaced by cupuaçu seeds, a typical fruit from northern Brazil. Both cocoa and cupuaçu belong to the same plant genus, which favors the adaptation of techniques.

However, the result is different from traditional chocolate: “cupulate” melts more easily, has a velvety texture, and has a more citrus flavor. This is due to cupuaçu having a remarkable flavor and being rich in vitamin C. The fruit is versatile, symbolizes the Amazon region, and is already widely used in ice creams, jellies, sweets, and other products—as we have already highlighted on brazilianfarmers.com.

When this superfood becomes a chocolate bar, its medicinal aspects also change. Cupulate is free of caffeine and theobromine, stimulants that can be present in chocolate made with cocoa.

Another advantage of cupulate is the sustainable way in which it is cultivated. Today, cupuaçu has a relevant role in family agriculture in the Amazon: it is grown in agroforestry systems and allows the recovery of degraded areas. 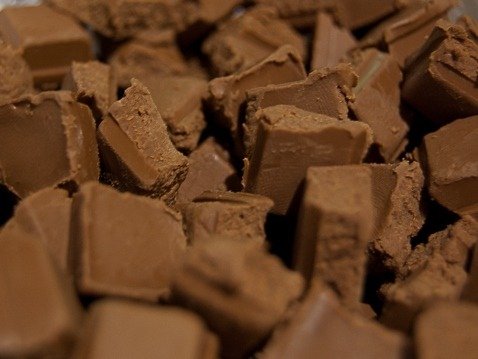 The first tests with cupuaçu replacing cocoa began in the 1990s. Then, in 2015, the Brazilian Agricultural Research Corporation (EMBRAPA) registered the name “cupulate.”

More recently, companies representing this new moment of Brazilian specialty chocolates have improved their techniques and introduced new cupulates on the market. However, the product has not yet reached international markets, but one can already taste cupuaçu in other countries and in different ways, such as its butter used in the cosmetic industry.

Cupuaçu is not yet as usual in Brazilian exports as açaí. In 2020, according to the Brazilian Institute of Geography and Statistics (IBGE), the country produced 1,478,168 tons of açaí. Meanwhile, according to the most recent reports (from 2017), cupuaçu reached only 21,240 tons.