Brazilian Farmers > Discover > Fruit > Cashew: a Brazilian tropical fruit that is much more than a nut

Cashew: a Brazilian tropical fruit that is much more than a nut

You may recognize the cashew as a delicious nut. However, for the Brazilian Farmers, this fruit can be so much more than that. The fruit consists of two parts: the fruit itself, popularly known as the nut (cashew nut); and its floral peduncle, which is a colorful pseudo- or accessory fruit.

Native from Brazil, cashew is a symbol of our tropical culture and influences our gastronomy in many ways. Brazilians eat them fresh in spring and summer or use them to prepare juices, cocktails, desserts, and even salty dishes.

The idea is to use every part of the fruit and its properties, which are many. It is an antioxidant, has few calories, and helps in weight loss. It is also a source of good fats that improve metabolism. It offers vitamins A and B complex, and minerals such as calcium, potassium, and iron. 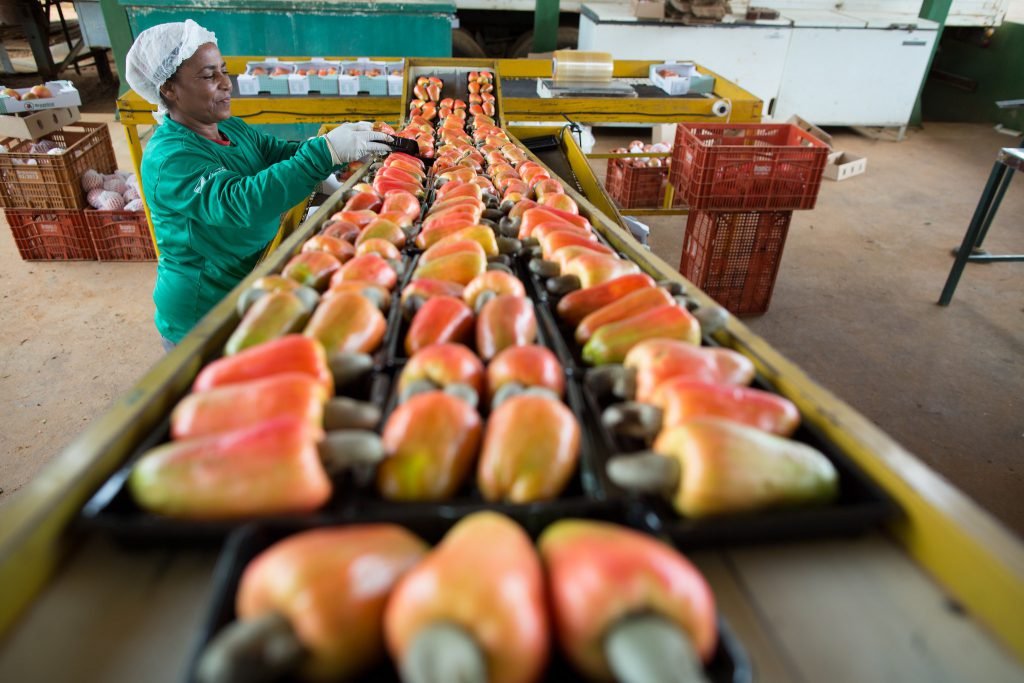 The cashew tree (Anacardium occidentale) is a native plant from the Brazilian Northeast with remarkable adaptive capacity to low fertile soils, high temperatures, and dry weather. Due to these characteristics, the cashew tree (commonly known as “cajueiro”) has become a significant source of income for the Northeastern states, especially for those with semi-arid regions.

There are approximately 170 thousand cashew producers in Brazil, divided into 53 thousand properties, of which 70% are small farmers, cultivating on areas of less than 20 hectares. According to the ABRAFRUTAS association, the cashew culture is responsible for 250 thousand jobs, mostly in the Northeast region.

Cheese producer highlights SENAR courses in her path to success