The panel was promoted by Women Inside Trade (WIT)

Women Inside Trade (WIT), a discussion forum for women engaged in international trade, promoted the panel “Trade Opening and New Perspectives for International Insertion in Brazil” at the Brazilian farmers’ home in Brasilia.

The meeting, which takes place in the week of International Women’s Day, focused on stimulating discussion on foreign trade issues and boosting women’s presence within the area. Ligia Dutra, head of International Relations at the Brazilian Confederation of Agriculture and Livestock (CNA) was the moderator of the panel. According her Brazil and the agricultural sector have much to gain from trade liberalization. 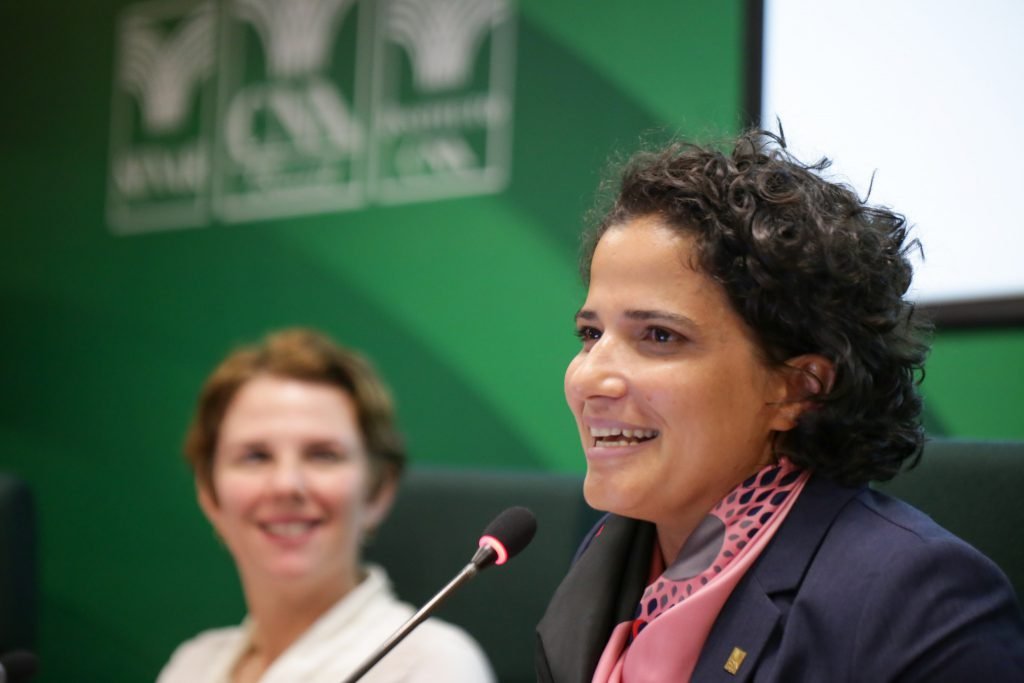 “Brazilian agriculture is a very competitive sector, which is already accustomed to selling abroad and exporting. We have a lot to gain from the commercial opening of Brazil,” said Ligia.

Three representatives of the Brazilian Ministry of Economy participated in the debate. For the Deputy Executive Secretary of the Foreign Trade Chamber (Camex), Ana Paula Repezza, the event explained how the government is organizing itself to carry out this opening process. 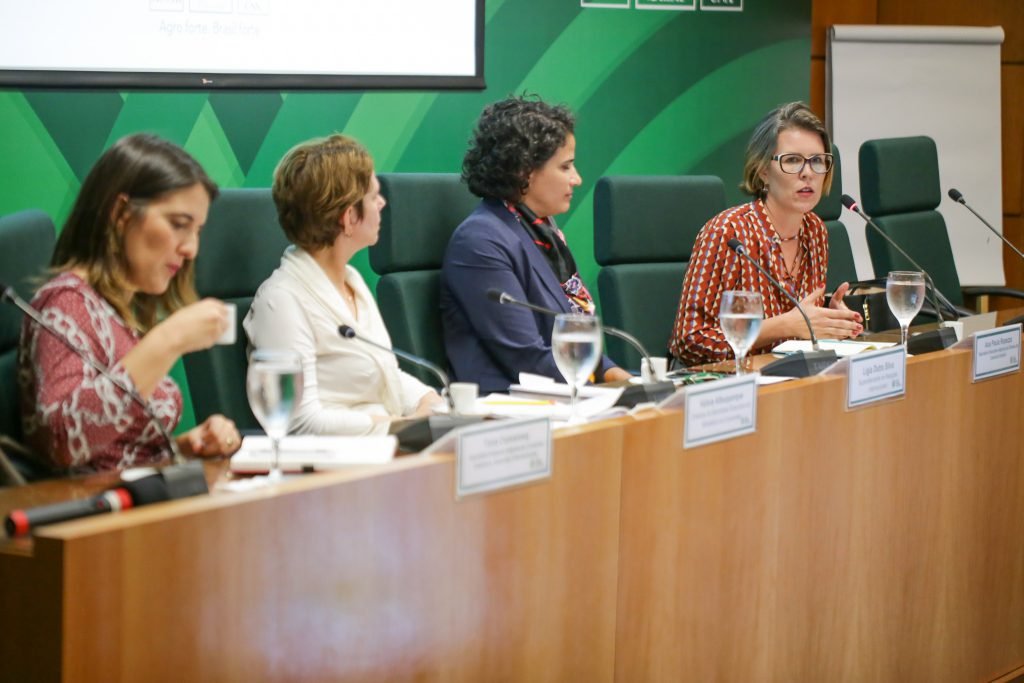 “We showed the strategies that we are pursuing to achieve this opening, always looking systemically to the trade opening agenda, considering the gains and potential losses from trade liberalization and looking at all the sectors involved,” said Ana Paula.

The Deputy Sspecial Secretary of Foreign Trade and International Affairs of the Ministry of Economy, Yana Dumaresq, stressed the importance of building consensus so that the economic insertion of the country can advance. 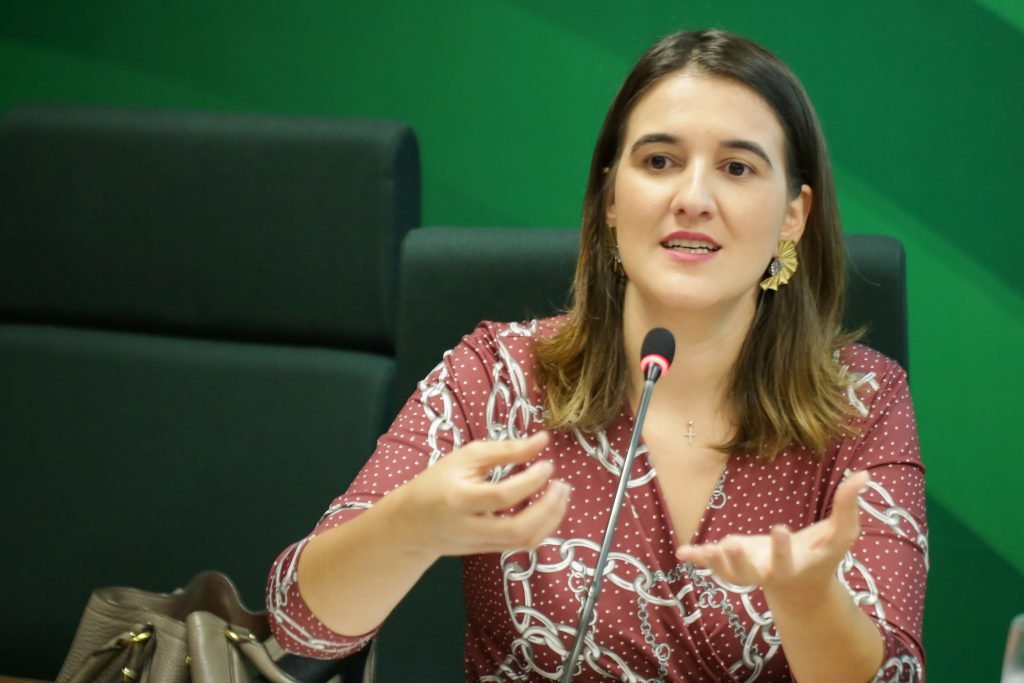 “It is not agenda of the government or of the productive sector only. It is an agenda in which everyone has to make their contribution to implement important actions, so that Brazil can become more present abroad,” said Yana.

According to the director of the Executive Secretariat of the Ministry of Economy, Kelvia Albuquerque, trade liberalization is fundamental so that Brazil can benefit more from global value chains. 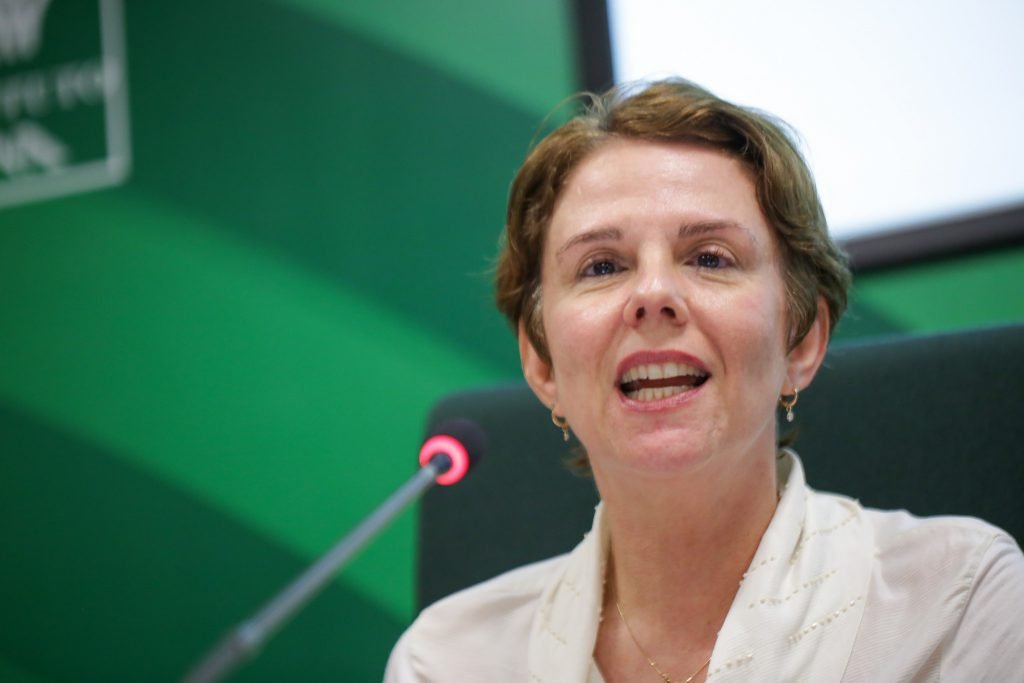 “We need a transparent debate about these issues. This is what really matter for us to achieve good results and for them to be understood correctly by society. First of all, we are talking about cultural changes that need to be carried out, “said Kelvia.