Brazilian agribusiness continues on a positive growth trend. In March, exports hit US$ 14.5 billion, which represents a 29.4% increase compared to the same period in 2021. Year-to-date, the growth is 45%. These results mean a surplus of US$ 13.1 billion in our agricultural trade balance. 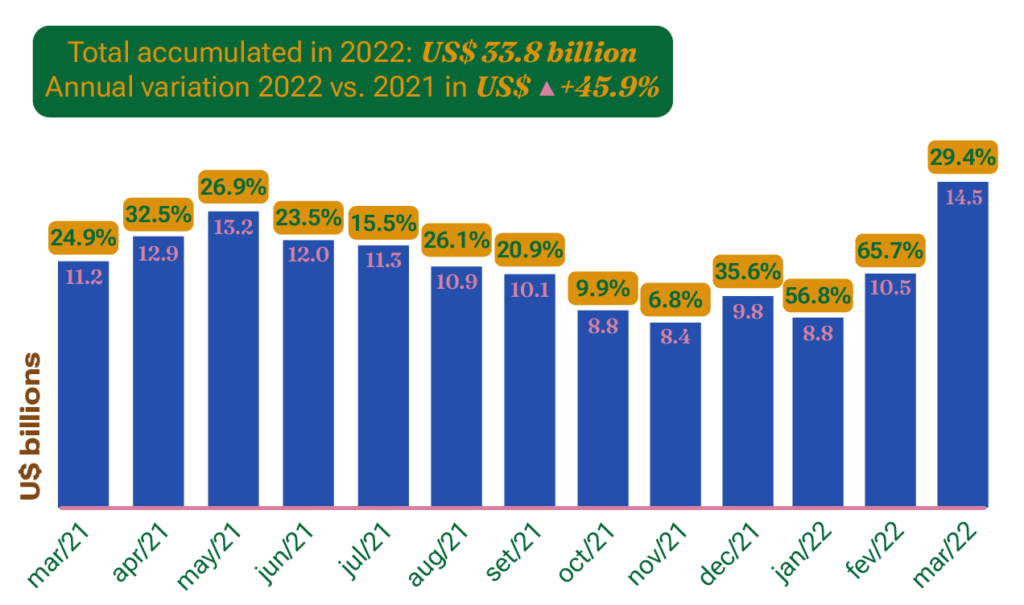 The main product in our agribusiness export line in March was soybean, with a share of 44.6% and US$ 6.5 billion sales value, which means an increase of 28.4% compared to the same period in 2021. The second main export product was fresh beef, which showed a 61.9% increase compared to March 2021 and US$ 999.5 million worth. Green coffee, soy bran, and fresh chicken meat complete the list of the most exported products. 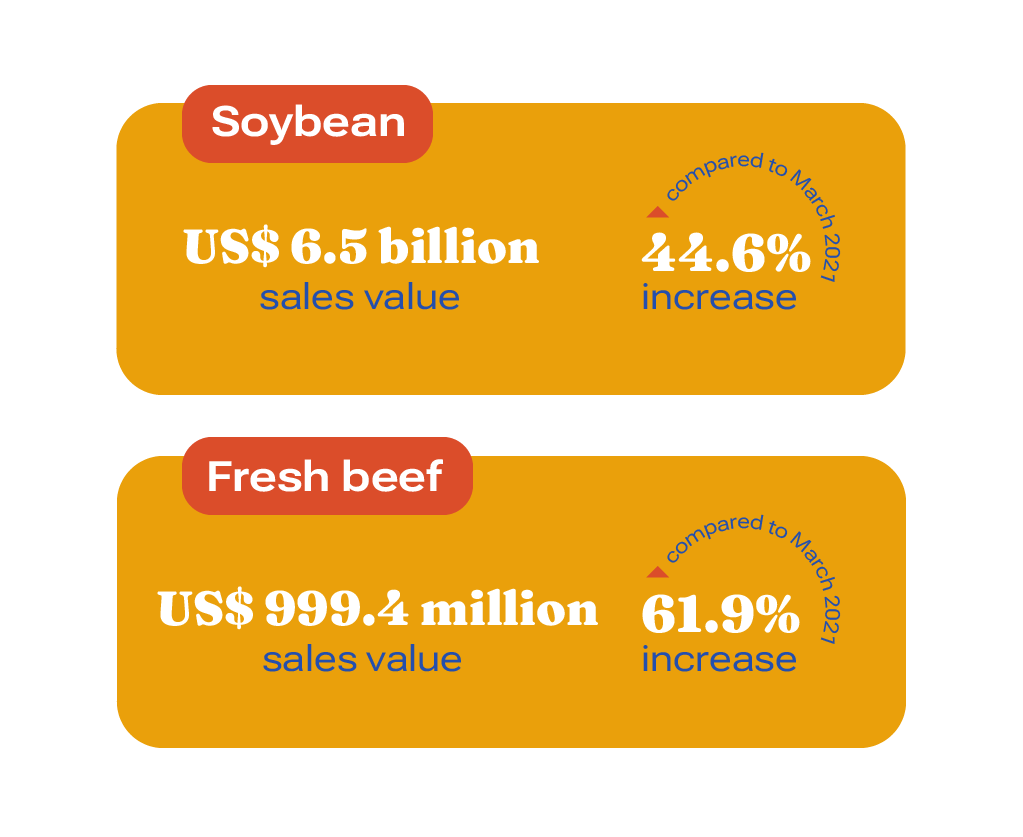 Among the reasons for the drop in Brazilian exports in the first quarter of 2022 is China’s production recovery. Despite the controversial scenario, Brazil has a favorable competitive position in terms of prices due to the devalued exchange rate. Even so, Brazilian exporters remain vigilant about the Chinese market’s behavior. The other point to watch out for is the cost of supplies for pork production, especially due to high corn prices. In March 2022, the grain’s price reached US$ 335.53 per ton, the highest price in the historical series, breaking the record previously reached in July 2012.

All our trade balance data and charts are available on this link.