The diversity of the Brazilian vegetation is a crucial factor for the development of beekeeping in the country, which today is present in all its biomes and is responsible for supplying around 90% of the organic honey in the world. Honey, nectar, wax, royal jelly, propolis, pollen, and apitoxin are the main products of beekeeping.

In 2020, Brazil produced a total volume of 51.5 tons of honey, with an estimated production value of R$ 115.5 million. In 2021, the revenue from honey exports increased 76% over the previous year, from US$ 98.5 million to US$ 163 million. In terms of volume, Brazil sold almost 47 thousand tons of honey, with a growth of 6%. The main destination of honey exports was the United States, with about 70% of the whole volume traded. The Brazilian states that exported the most were Piauí and Santa Catarina.

As an organized form of honey extraction and production, beekeeping started in Brazil with the hives brought systematically by immigrants between the 19th and 20th centuries. It expanded from 1956 onwards, with the cross-breeding of European and African species, which resulted in the Africanized bee race Appis melifera. 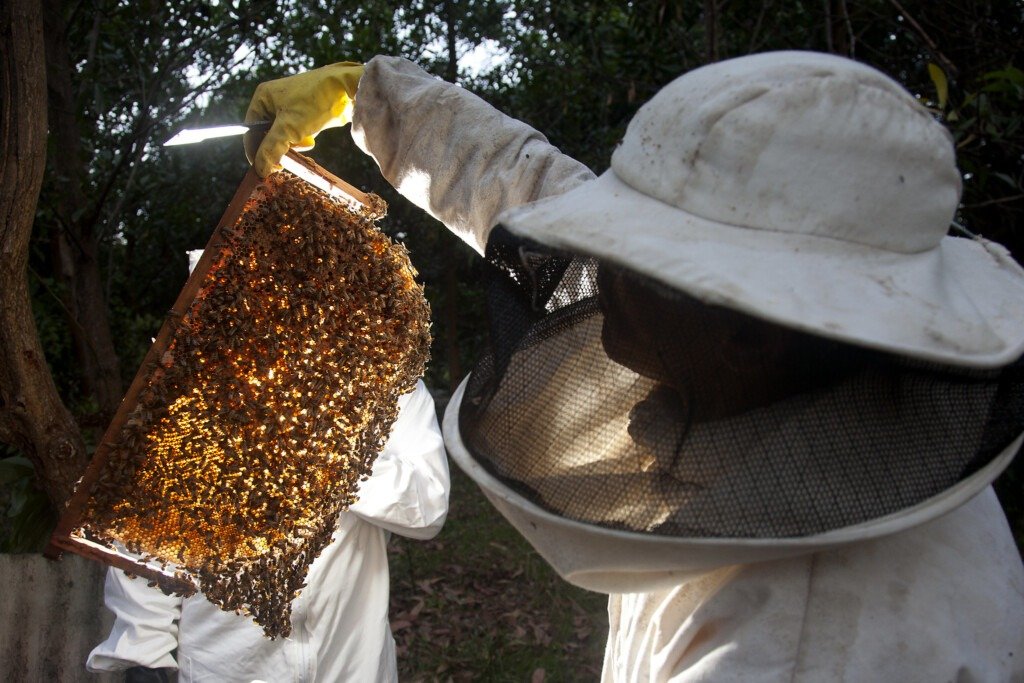 Brazilian beekeepers are predominantly small-sized producers—they have up to 50 hives. Small and medium Brazilian rural entrepreneurs are increasingly empowered to export their products, accounting for 60.2% of national production.

The production chain demands low financial investment since it is complementary to other crops. It involves a solid sustainable component because it has a low impact on the environment and favors ecosystem maintenance through pollination.

Beekeepers cultivate their hives on their own properties, in partnership systems with other farmers (especially orange, cotton, soybean, sunflower, canola, apple, and coffee producers), in cattle farms, or in cultivated forest areas. Farmers grow their hives in areas near natural reserves or on their rural properties. Colonies transportation is a frequent practice among beekeepers, either to acquire new colonies, reach seasonal blooms, or for crop pollination services.

According to the Agricultural Census (IBGE, 2017), the Brazilian beekeeping production chain accounted for approximately 2 million hives in 102 thousand producing units. The census identified trading of 31,149 tons, with the South and Northeast regions standing out as the most prominent traders—with close to 13 thousand and 8.5 thousand tons of honey respectively. The same survey found 4,369 rural premises producing beeswax, and 2,749 producing royal jelly, propolis, and pollen. 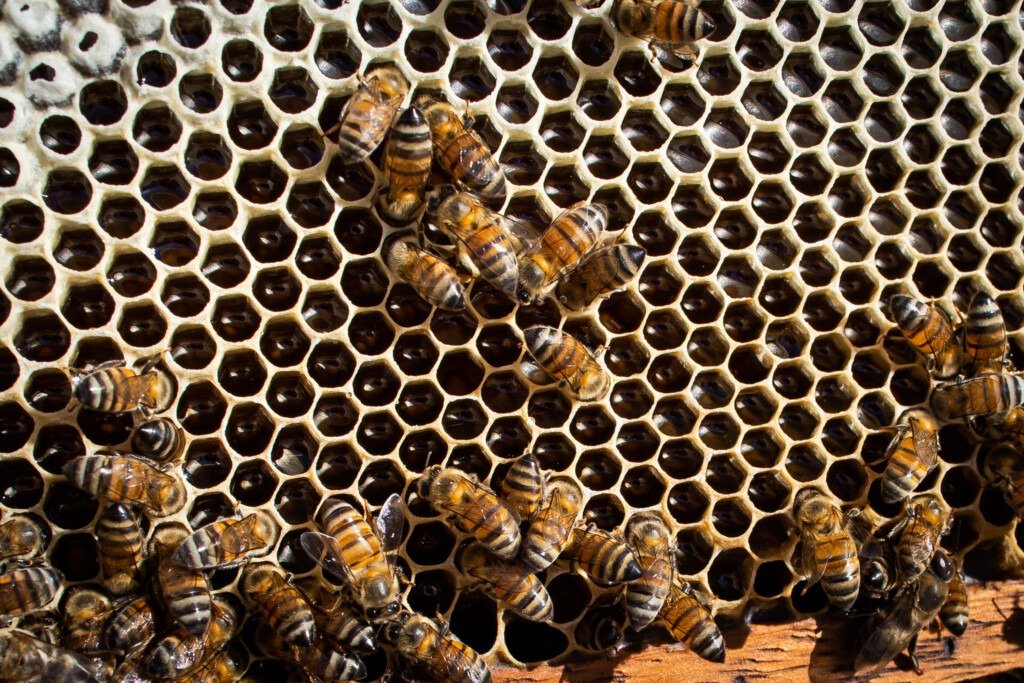 Brazil has seven registrations so far and the potential for dozens more. The Brazilian Geographical Indications (GIs) are subdivided into Indication of Origin and Designation of Origin.

Thus, two products are registered in the country with Indication of Origin: honey from Pantanal (Mato Grosso and Mato Grosso do Sul states) and honey from Apis and Jataí bees (from Paraná state).