Brazilian chocolate is among the best in the world. It is acknowledged for being very aromatic, with fruity acidity and floral notes. This flavor may be found in chocolate and many cocoa products, like nibs, beans, cocoa honey, cocoa powder, jelly, pulp, and many others. But there is much more to Brazilian chocolate than its classic ingredients. The mixture of cocoa paste, cocoa butter, and sugar might also reflect sustainable production, technology, quality, biodiversity, and development of rural communities.

Cocoa is native to the Amazon region and since the 17th century has been planted as an agricultural product, rationally grown with the implantation of cultivated areas, genetic improvement, and seedling production. In the middle of the 18th century, cacao was taken to the south of Bahia state, where the culture expanded; today, it is the second-largest producing region.

Currently, Pará state has become the number one national producer, adding US$ 334 million of income per year, more than half the total value that the sector moves in the country (US$ 650 million). According to data from IBGE, in the 2020-21 harvest Brazil produced 270 thousand tons of cocoa beans, of which 150 thousand tons were harvested in the Northern Region, corresponding to more than 55%. 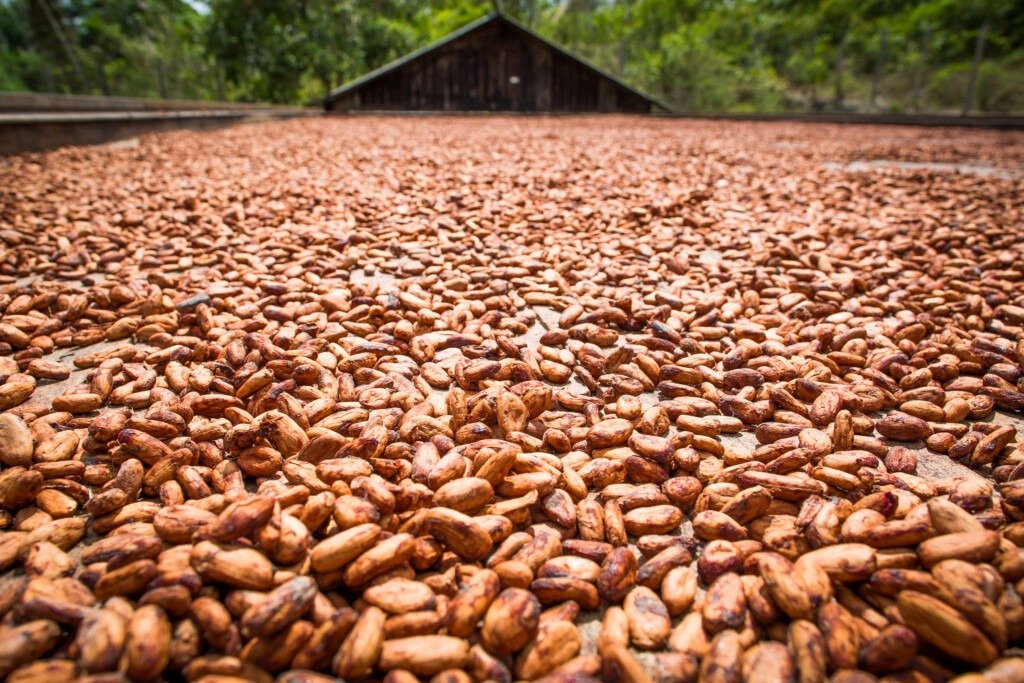 Recently, the activity has expanded agricultural production areas in Brazil’s North and Northeast Regions and has energized the labor market, employing more people and diversifying the forms of relationship and occupation of the workers. In both regions, the Agroforestry Systems (SAFs)—formed by forest and fruit species—result in several products besides cocoa, such as fruits and pulps, flowers, barks, oils, seeds, almonds, and vines. Also, the implementation of new technologies has been increasing the productivity and profitability of cocoa farming, which has contributed to the resumption of the activity in Brazil.

According to a study from the Brazilian Agricultural Research Corporation (EMBRAPA), the expansion of cocoa plantations in the North Region has occurred over degraded areas, favoring forest preservation. The genetic variety available to the sector is another key factor. The Executive Commission of the Cocoa Farming Plan (CEPLAC), which has been operating in the Amazon region since the 1960s, maintains the world’s largest cocoa genetic bank in Pará, with more than 53 thousand plants. This diversity has helped the Pará state producers to reach average productivity of almost 1 ton per hectare.

Due to this recent boost in excellency, local cocoa farmers have found more motivation to improve their properties to meet high-quality standards. This means better working conditions, higher income, and better lives and education for local communities.

In Southern Bahia, cocoa is produced within a system called “cabruca.” Indigenous people have established this cultivation method in the Mata Atlântica [Atlantic Rainforest] ecosystem, thus preserving the biome. It is a shaded cocoa production system, based on permanent shading with controlled sunlight intake, also known as the Agroforestry Systems mentioned above.

When it comes to chocolate, processing is key. Brazilian cocoa has been acknowledged for its post-harvest stages, such as fermentation and drying. These are essential phases, responsible for the formation of taste and flavors. Every step of the process plays its role in making a good chocolate bar, with the right acidity and quality indicators.

Today, Brazil has three Geographical Indications (GIs) registered by the National Institute of Industrial Property (INPI) and ratified by the Ministry of Agriculture, Livestock, and Supply (MAPA): cocoa from the south of Bahia (in the Northeast Region); cocoa from Linhares, Espírito Santo state (in the Southeast Region); and the indication of origin from Tomé-Açu, in Pará (in the North Region). These certifications confirm Brazilian cocoa’s quality and also guarantee its traceability and fair labor conditions, among other requirements.