Representatives of Brazilian agriculture are currently in Asia, participating in a series of meetings and technical visits. In this 16-day mission, the group will visit four countries: Japan, China, Vietnam and Indonesia. The main goal is to open up these markets for Brazilian agricultural products, such as animal proteins, coffee, dairy products and fruits.

The delegation is made up of businesspersons, congress representatives and government agents. The agenda started May 9, in Japan. On the first day of meetings, the group visited the Japan International Cooperation Agency (JICA), the Ministry of Agriculture and the Ministry of Health, and the Japanese Federation of Industries (Keidanren).

The representatives learned about the demands of Japanese importers and consumers, and interests of investors in areas such as infrastructure and logistics in Brazil.

“We accompanied the Minister Tereza Cristina in three important meetings and we were able to observe the interest of the Japanese consumers in Brazil. They are very knowledgeable about our country and were really interested in the area of infrastructure and logistics, seeking investments opportunities,” said Gedeão Pereira, director of International Relations at the Brazilian Confederation of Agriculture and Livestock (CNA) and president of the Federation of Agriculture of the State of Rio Grande do Sul (Farsul). 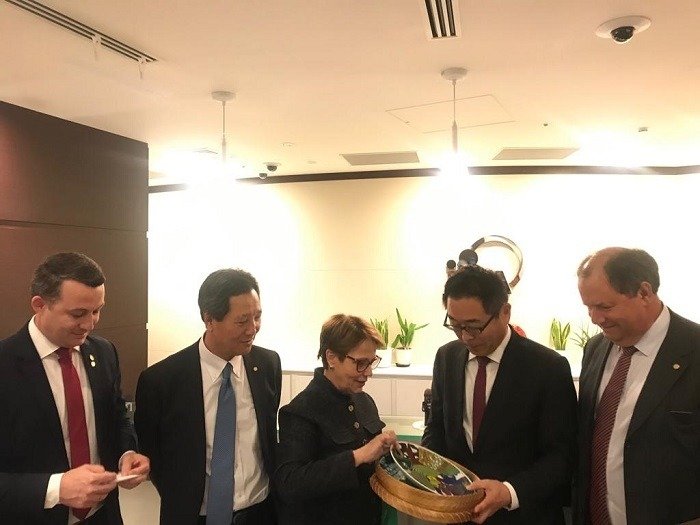 Minister of Agriculture of Brazil, Tereza Cristina, with executives from JICA and House Representative, Alceu Moreira, president of the Congressional Agriculture Desk.

For the vice president of CNA and president of the Federation of Agriculture and Livestock of the State of Amazonas (FAEA), Muni Lourenço, the meetings were important “to consolidate, diversify and expand the Brazilian agribusiness agenda with these important countries. After all, these four countries represented, in 2018, almost 40% of all Brazilian agribusiness exports.”

Brazilian Farmers’ representatives also held a parallel agenda of meetings and visits. They visited the Japanese Council for Fruit Promotion and Exports. According to Gedeão Pereira, “it has caught our attention that Japanese fruit consumption is still very low, at around 100 grams per inhabitant, per year. They are trying to incentivize this consumption and reach two hundred grams. This can be an opportunity for Brazilian suppliers.” 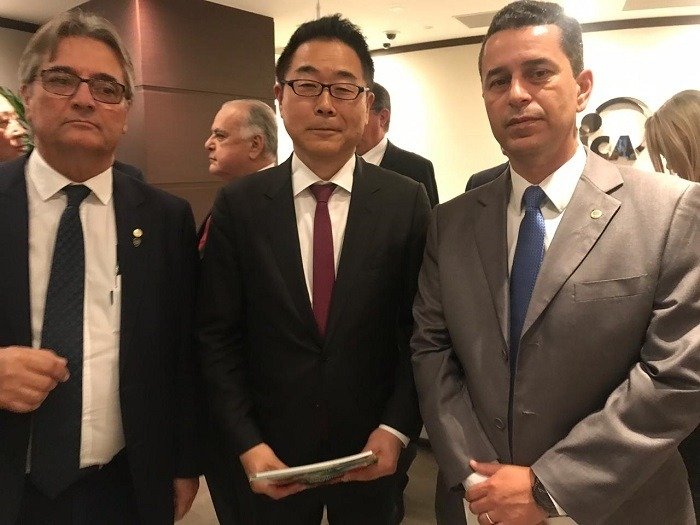 Muni Lourenço stressed the importance of knowing well the scenario of Japanese fruit production and the Asian market as a whole.

“Without a doubt, the presence of Brazilian Farmers in this mission is very important! Together with the Brazilian government, we can consolidate new markets for our exports. Brazil will continue on its path of enabling trade and, consequently, bringing employment opportunities and generating income to farmers,” said Lourenço.

The Minister of Agriculture Tereza Cristina stressed that the dialogue with the Japanese was positive and that the opening of the market for Brazilian fruits is very near, especially for avocado.

“We went to the Ministry of Agriculture to talk about market opening for fresh beef and also avocado. This Brazilian fruit has great acceptance in Japan and is used also in the production of cosmetics,” said the Minister.

On Friday (10), the delegation participated in a special coffee tasting promoted by the Brazilian Association of Specialty Coffee (BSCA) at the Ueshima Coffee Company (UCC). 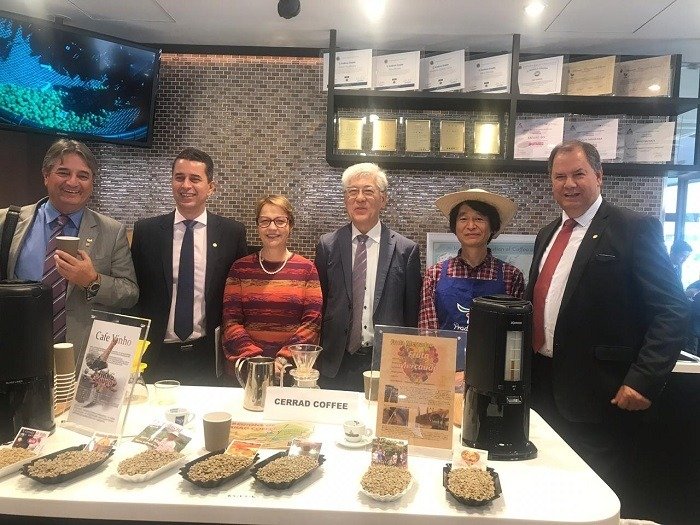 During the event, representatives of government and the private sector debated the Japanese increasing imports of the Brazilian coffee.

According to Ambassador Orlando Ribeiro, secretary of International Relations of the Ministry of Agriculture, “Japan is today the 4th or 5th world coffee consumer. Brazil is the largest producer and exporter, and second largest consumer market. Japan also has a prominent role in consumption, but there is still room for growth, particularly in the specialty coffee niche.” 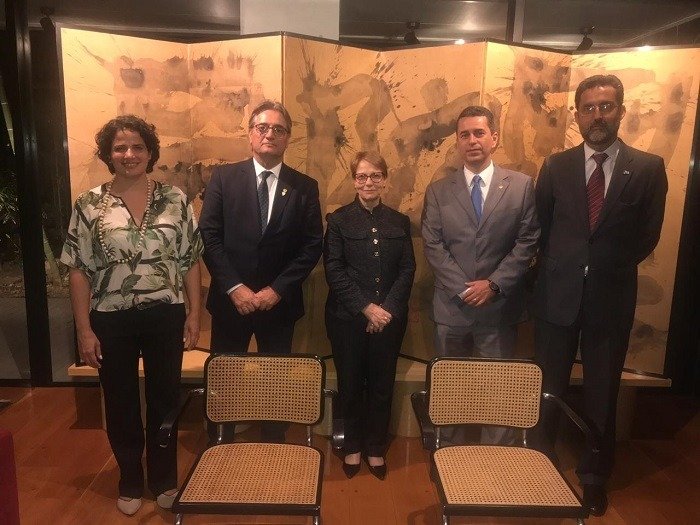 The Brazilian ambassador to Japan, Eduardo Sabóia, believes that Japanese consumers are demanding and sophisticated. These characteristics can be found in Brazilian products, which make both countries a great match.

“Those who win the heart of Japanese consumers may overcome any other possible difficulty. The consumers are interested in sophistication and they perceive this sophistication, diversity and sustainability in Brazilian products. In addition, we have very solid ties with Japan that facilitate this proximity,” said the Ambassador.

BSCA’s director, Vanusia Nogueira, highlighted the importance of the business-government meeting for the specialty coffee sector.

“It is very good to see the Minister with so much interest in supporting the coffee sector at this difficult time for producers in Brazil, due to international coffee prices. And entrepreneurs are seeing what can be done to increase consumption of coffee, so that we can continue to add value to our products,” said Vanusia. 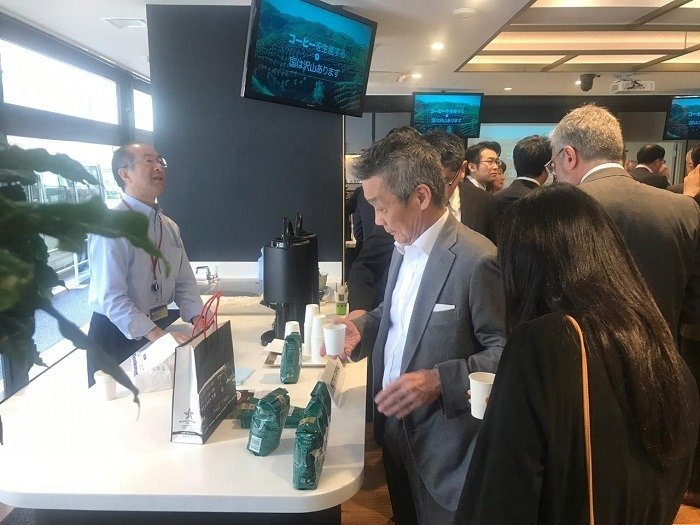 Japan is a promising market for Brazilian specialty coffee. There is coffee in capsules being sold for US$ 5. There one can find “boutique coffees”, which are at a level above the “specialty coffees” in terms of quality, explained Vanusia. “This coffee is extremely unique. It is manufactured in small quantities and that can reach a very high level of quality. It is a great challenge to have Brazilian coffee being sold at this price and be able to pass that price onto the farmers themselves.” 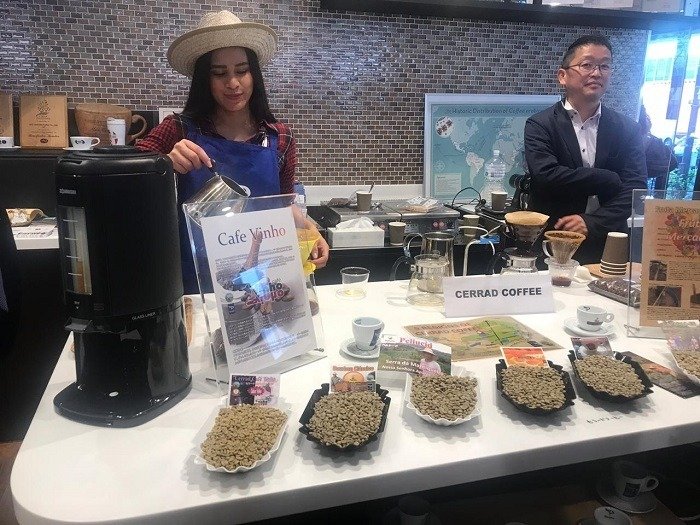 Brazilian Farmers also met with the Federation of Japanese Cooperatives (Zen-Noh), with Marubeni Corporation, a company importing and exporting grains, and with Fruta Fruta, an importer of Amazonian fruits, especially açaí.

“We have the potential to export more fruits from Brazil to Japan. The fruits in Japan are very expensive. They almost don’t have local production of tropical fruits. This shows that we have great potential for growth. Per capital consumption here is half the Brazilian one, which is already low,” said Luiz Roberto Barcelos, president of the Brazilian Association of Fruit Producers and Exporters (Abrafrutas) and of CNA’s National Fruit Commission. 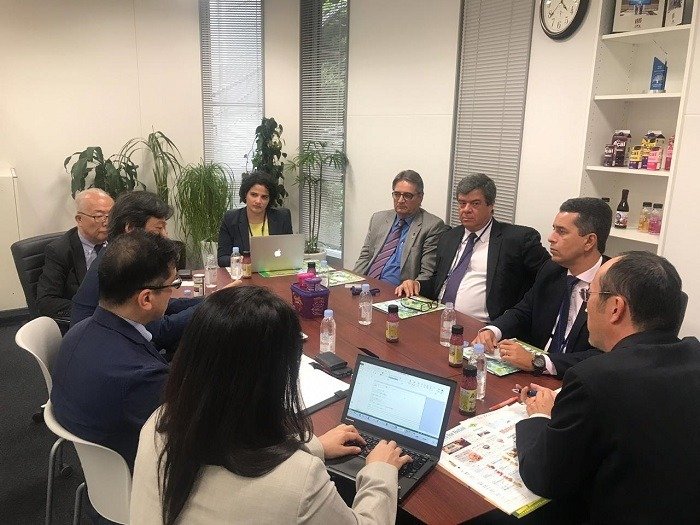 Meeting with Executives from Fruta Fruta

“We look forward to opening the Japanese market for Brazilian fruits. Avocado is on the front line, then comes the melon and grapes. Fruits can help us to strengthen the relationship between Brazil and Japan,” said Barcelos.

In addition to acai and avocado, the Japanese are also interested in guaraná and banana puree, which are ingredients for the production of beverages in the country.