You may have heard about the worldwide trend of using native ingredients in gastronomy, which is now being revealed in the world of cocktails. In Brazil, it is no different. An infinite number of herbs, tree barks, and roots infused in an alcoholic solution and stored in bottles have permeated our culture since the 17th century. 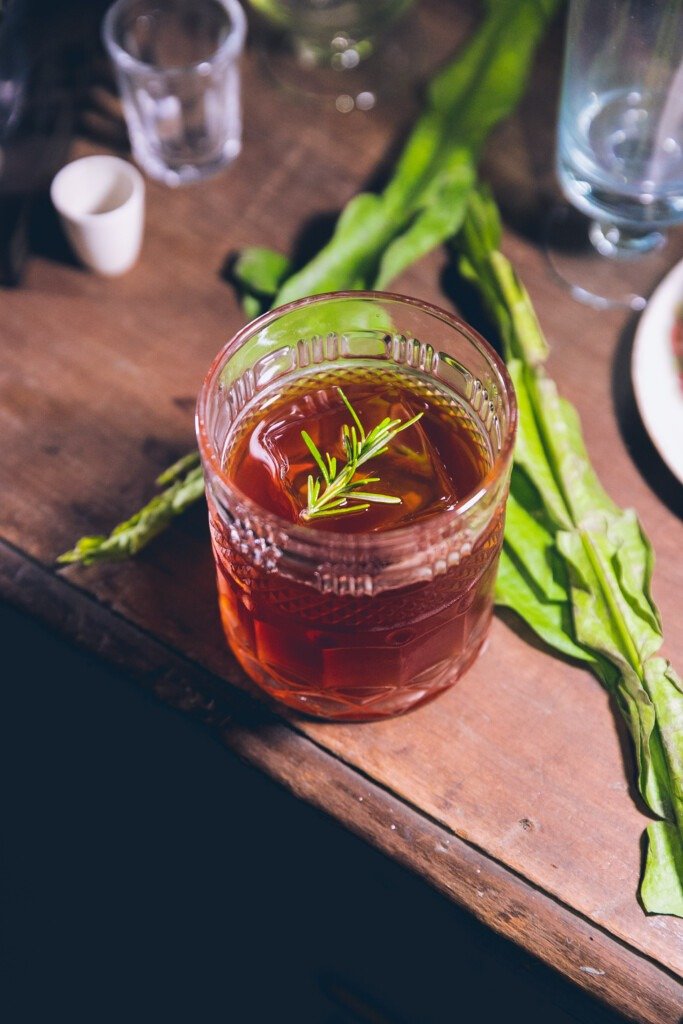 Until recently, the “garrafadas” (as they are called here) were very common in the Brazilian countryside and popular bars. They have medicinal use but have not yet reached the mixology world. An enthusiast on the subject and advocate of Brazilianness, journalist, researcher, and bartender Néli Pereira devotes herself tirelessly and with much love to the research and use of Brazilian ingredients in cocktails. She studies the ingredients in their purest essence, property of Brazil: araçá, grumixama, cataia, carqueja, catuaba, jurubeba, butiá, and arruda, among many others, are turned into true modern alchemy.

The Chartreuse, a French liqueur famous all over the world, arose from these mixtures, the same process to produce tonic and gin. However, Néli emphasizes the specificity of the preparation of Brazilian infusions. “They can be called ‘panaceas,’ mixtures of herbs, barks, and roots in an alcoholic solution used in traditional medicine. The European mixtures of herbs were not made in bottles, but in barrels for aging. They are different techniques, with different results, but they can both be applied to cocktails,” she explains.

When she learned about the research of forage cocktails, in which local and fresh ingredients are used, she thought about Brazilian biodiversity and invested in traveling and researching throughout the country. “Not far from home, in São Paulo city, I started to acknowledge this tradition and decided to study it in depth,” she says.

One of her favorites is jurubeba, found all over Brazil. The fruits of this bitter-tasting plant are used to prepare teas, alcoholic beverages, and compotes. The preparations are highly sought after for their nutritional value: anti-inflammatory, decongestant, and digestive action. “It is a plant from the same family as the tomato, which has a bitter taste, but is also full of umami, great for preparing drinks,” she explains.

The açaí fruit in natura can also be infused. During a 20-day boat trip in the Amazon, on the Negro River, between the cities of Manaus and Jaú, Néli tried several recipes and developed infusions to prepare drinks with a peculiar and very pleasant earthy tannic flavor.

Néli was also surprised by the potential of the most popular drinks consumed in Brazil. Catuaba, for example, a blend prepared from the extract of catuaba (a plant), guaraná (fruit), and marapuama (an Amazonian root), draws attention for its astringent and woody flavor, which can yield more complex drinks.

Likewise, jambu — a herb known for the slight numbness on the lips and tongue its leaf causes when ingested, originated in the North of Brazil — is part of the list of Néli’s preparations. The plant is very popular both for its cachaça and for its application in food, such as Tacacá, the soup from the Amazon that numbs your lips and tongue. In her research, Néli found the jambu flower, which brings a delicate herbaceous and minty flavor, without the effect of dormancy. One of the drinks she usually serves at Espaço Zebra is the “Treme Fitzgerald” [“Fitzgerald trembles”]: gin infused with jambu, lemon, and sugar.

Brazilian honey and propolis extract are also explored. “Used sparingly in drops, these elements bring power and acidity, that lend flavors of malt and chocolate to the cocktail, even non-alcoholic ones,” she explains. 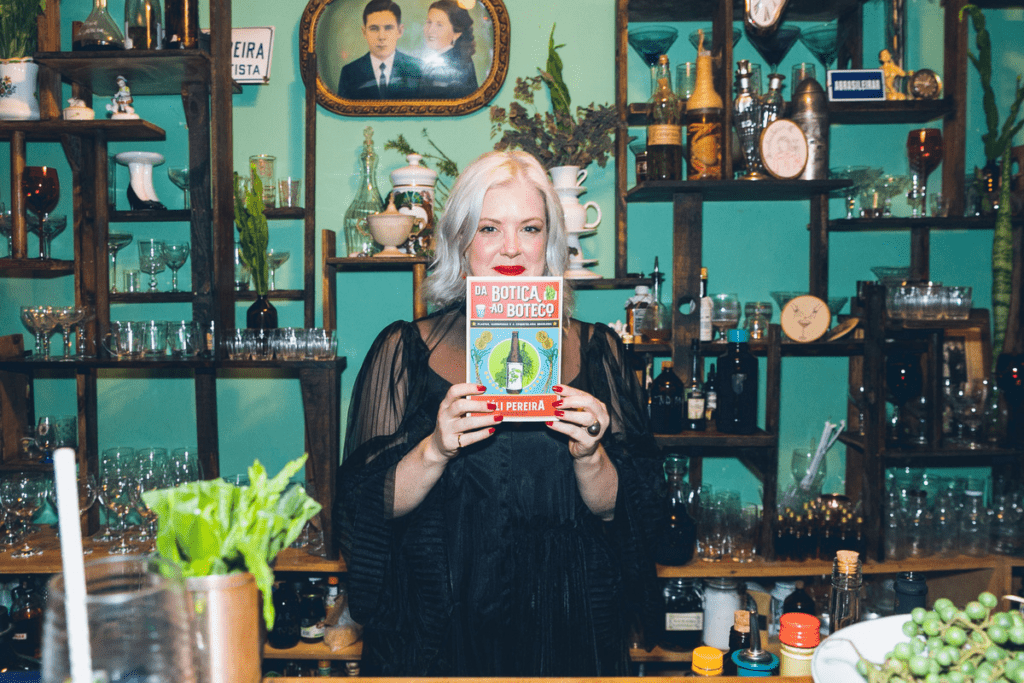 Studies and passion for Brazil

Néli has been studying ingredients for cocktails in depth since 2014. With a Master’s degree in Latin American Cultural Studies from the University of London, she developed her research in the field of Brazilian cultural identity and decided to devote herself exclusively to research on Brazilian ingredients upon her return to the country. In 2014, she opened Espaço Zebra in São Paulo downtown in partnership with her husband, the artist Renato Larini. The space combines an art studio and a bar, where Néli began to develop her cocktail repertoire and to this day is the stage for research and creation of many recipes with herbs, barks, and roots infused in drinks.

Néli also posts her creations on social networks, where she has thousands of followers. For years researching plants and experimenting with recipes in her Espaço Zebra, she recently launched the book “Da Botica ao Boteco” [“From the Apothecary to the Bar”], in which she presents the history of drinks and reveals techniques to activate properties that once served to cure and now add flavor to alcoholic cocktails.