In 2001, when Adel Yahya first arrived in Brazil, it was not easy to find a certified halal producer that understood the importance of following all halal principles, as defined in the Koran. He was a fresh aeronautic scientist born in Kuwait and graduated in Russia, who saw an opportunity to work as a plane engineer in the Brazilian industry. But just a few months after he landed, the September 11th attacks took place. Although Brazil was never a target, his chances of finding a placement were nearly zero.

“The industry basically froze for almost a year and there was suspicion about Muslims,“ remembers him. “I never got to work in the field, but I saw other areas with great potential in Brazil,“ he adds. 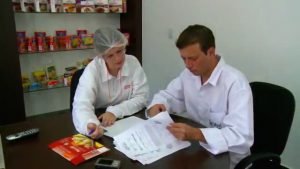 Since then, Adel has been working with protein producers specialized in halal. As an auditor at Fambras, a company that acts as a Halal Certification Body for products in Brazil, he travels around the country frequently, assisting producers who seek to be certified.

“The concept of halal is broader than slaughtering; you have to guarantee animal wellbeing and follow ethical conduct throughout the whole process,“ he explains.

Reliability
The Islamic world is the third destination market for Brazilian exports, the second in food, and the first in protein. Trades account for around US$ 16 billion a year – 68% in agricultural products, representing 20% of Brazilian foreign sales.

In 2019, the 57 member countries in the Organization of Islamic Cooperation (OIC) imported more than US$ 160 billion in agricultural products – Brazil’s share was a little more than 10% of that.

“We see that the opportunities for Brazil are many, but the challenges are equally relevant,” said the president of the Brazilian Confederation of Agriculture and Livestock (CNA), João Martins, at the opening ceremony of the online course “The Islamic World 2021: Opportunities and Challenges for Brazilian Agribusiness in a Post-pandemic Scenario.”

Diversification
For the last 40 years, Brazilian companies have invested deeply to adjust to the concept of halal. Though protein is the main export product, there is a growing demand for other goods, such as sugar, coffee, orange juice, cosmetics, and pharmaceutical inputs.

The quality coordinator at Fambras, Elaine Carvalho, explains recent changes. “Brazil is a reference in halal meat, but in the last few years, you can find just about anything halal being produced here. From açaí to dairy, to cocoa and chocolate, to starch, to Carnauba wax, to phosphoric acid, and the list goes on,“ says she.

For João Martins, it is necessary to get to know Muslim countries, increase trade promotion, establish new partnerships, exhibit Brazilian products and disseminate good investment opportunities. “We are prepared to face those challenges because the quality of our agricultural products is widely recognized and we as a country are open to the world and to ethnic diversity.”

Dozens of industries certified as halal are listed on Fambras’ website. The halal certification is seen internationally as proof of quality and reliability, even in non-Muslim countries. Many buyers from nations such as China rely on it as a safeguard. ”Our products have quality, ethics, legality, safety, good prices, and competitiveness. Some people are overwhelmed when seeing how a non-Muslim country can have such a variety, but we attend the whole international market,” explains Elaine.