Brazil produces four of the most consumed nuts in the world. The Brazil nut and the cashew nut are native to the country, and their production derives from extractive activities. The pecan and macadamia nuts are exotic species introduced in the country and cultivated by rural producers.

For Brazilian farmers, nuts and walnut cultivation is pointed out as an excellent option for crop diversification. On the one hand, it is a long-term investment, because the trees take on average four years to start producing. On the other hand, it is a crop with above-average profitability per cultivated area.

Most of the production is consumed locally, but exports have been growing annually. In 2021, Brazil exported 27.4 thousand tons of nuts and chestnuts. 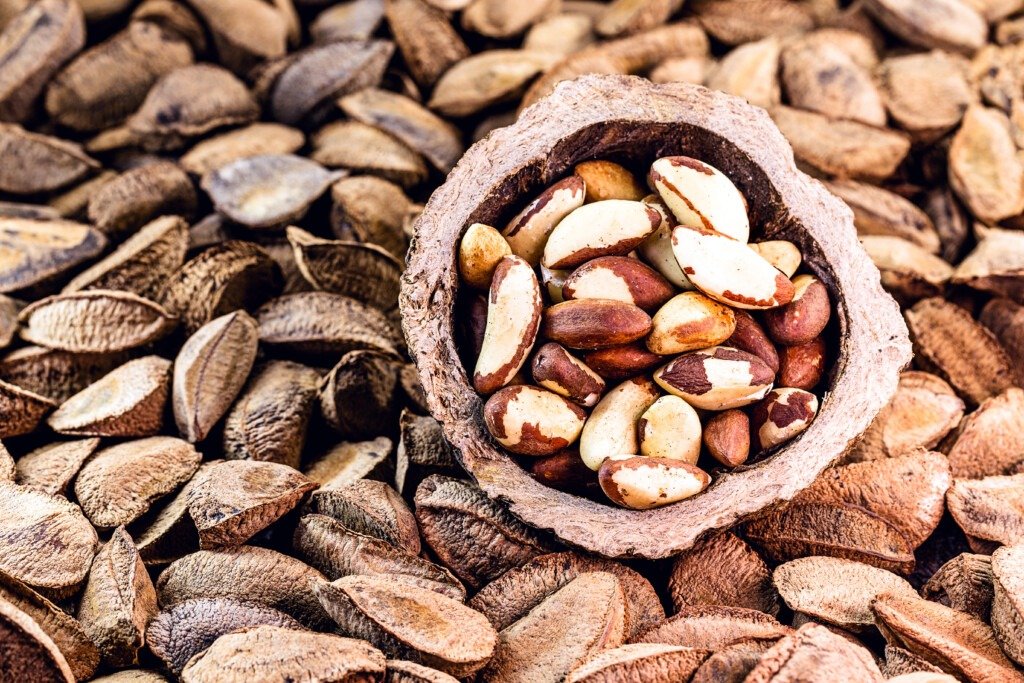 Brazil nut
Native to the Amazon, Brazil nut is one of the noblest elements in the forest and, due to its high nutritional value, it is part of the diet in several countries. The almonds contained within the Brazil nut shell are rich in calcium, iron, protein, fat, and carbohydrates. 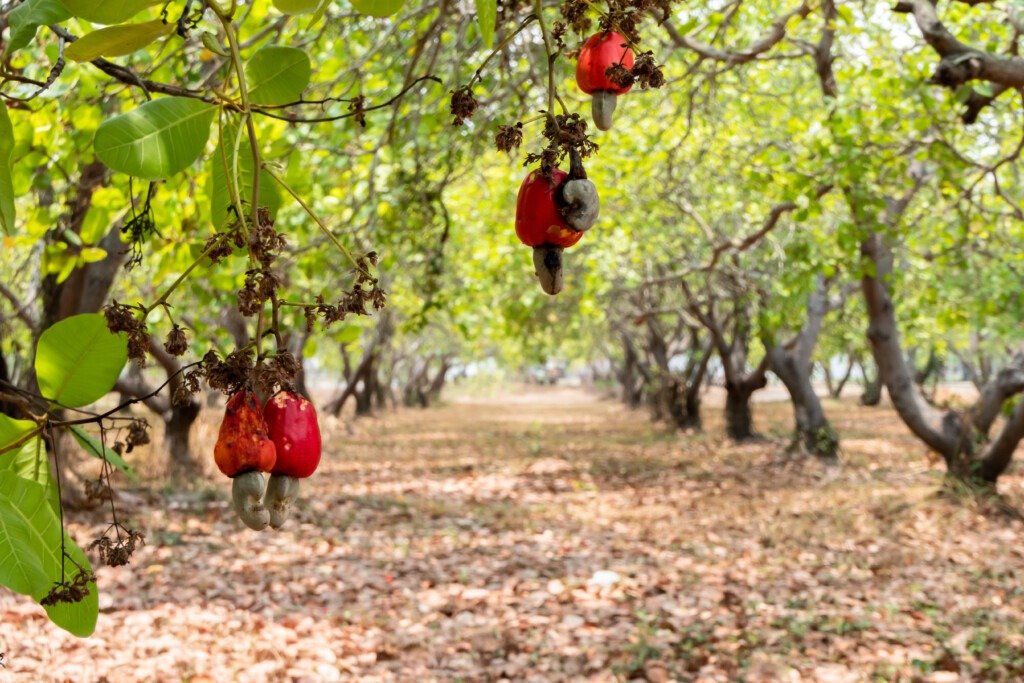 Cashew nut
The cashew tree (Anacardium occidentale) is a native plant from the Brazilian Northeast with a remarkable adaptive ability to low fertile soils, high temperatures, and dry weather. Due to these aspects, the cashew tree (commonly known as “cajueiro”) has become a significant source of income in Northeastern states, especially those with semi-arid regions.

The nut is hard and oily and is consumed after being roasted to remove its shell. It can be served raw and salted or roasted with sugar.

According to the Municipal Agricultural Survey (PAM), in 2020 the area occupied with cashew trees in Brazil was estimated at 426.1 thousand ha, with 99.7% of this area located in the Northeast. The region accounted for almost all the national production of cashew nuts (99.39%).

Pecan and macadamia
Typical of temperate climates, the pecan tree must be grown at a temperature of about 7°C, which facilitated its expansion in southern Brazil. One hundred years ago, the first trees started to be grown in the state of Rio Grande do Sul. Today, it is the largest producer in Brazil, both for the domestic market and for export.

The macadamia nut, native to Australia, is still less known and consumed in Brazil, but it is already ensuring great profitability to producers in São Paulo state. The main macadamia-producing states are São Paulo, Espírito Santo, Rio de Janeiro, Bahia, and Minas Gerais. Domestic consumption has been growing as the inclusion of healthy food in the diet has attracted more and more consumers to the nut market.