The source of 85% of total global sugar production, sugarcane is vital not only to meet the growing global demand for sugar[1], but also for the production of the biofuels, bioplastics and biochemicals that will help drive the push towards achieving a circular economy.

Brazil is the world’s top producer and exporter of sugarcane. It supplies 50% of the world’s sugar, producing 654.8m tonnes of sugarcane, 41.25m tonnes of processed sugar and 29.7bn litres of ethanol annually. But the proportion of Brazilian land that is dedicated to sugarcane production is just 1% (8.66m ha) of the country’s total land area.

Sugar and ethanol manufacturing are key to the Brazilian economy

Sugarcane production in Brazil is a key sector from a social and developmental perspective. Around 40% of the sugarcane processed by Brazilian mills are supplied by some 76,000 independent farmers, in turn supporting hundreds of thousands of people.

Brazilian policy also helps sugarcane act as a driver for social development. For example, one piece of legislation stipulates that sugar exports from Brazil to Europe be sourced in the northeast region of Brazil, one of the most developmentally challenged areas of the country.

A crop of many uses

Sugarcane is the basis of cachaça, one of the most consumed distilled spirits in the world and produced exclusively in Brazil. Cachaça is made by fermenting must of sugarcane juice by over 1,000 distilleries all over Brazil.

More than 40,000 smallholder farmers across the country cultivate sugarcane only for the production of cachaça. Much like wine, the variety of flavours and aromas of each cachaça reflects the characteristics of the region it was produced. This is due to the freshness and flavours of the locally grown sugarcane or to the local variety of wood used for the casks where cachaça ages.[5]

The first distillate to appear in Latin America was for cachaça, some time between 1516 and 1532, even before the appearance of Peruvian pisco, Mexican tequila and Caribbean rum. Today there are 4,200 registered cachaça trademarks and the distilling sector generates around 400,000 direct and indirect jobs. Cachaça is exported to 60 countries, especially in Europe, where it is mostly consumed in caipirinhas, a cocktail of cachaça, lime and sugar. 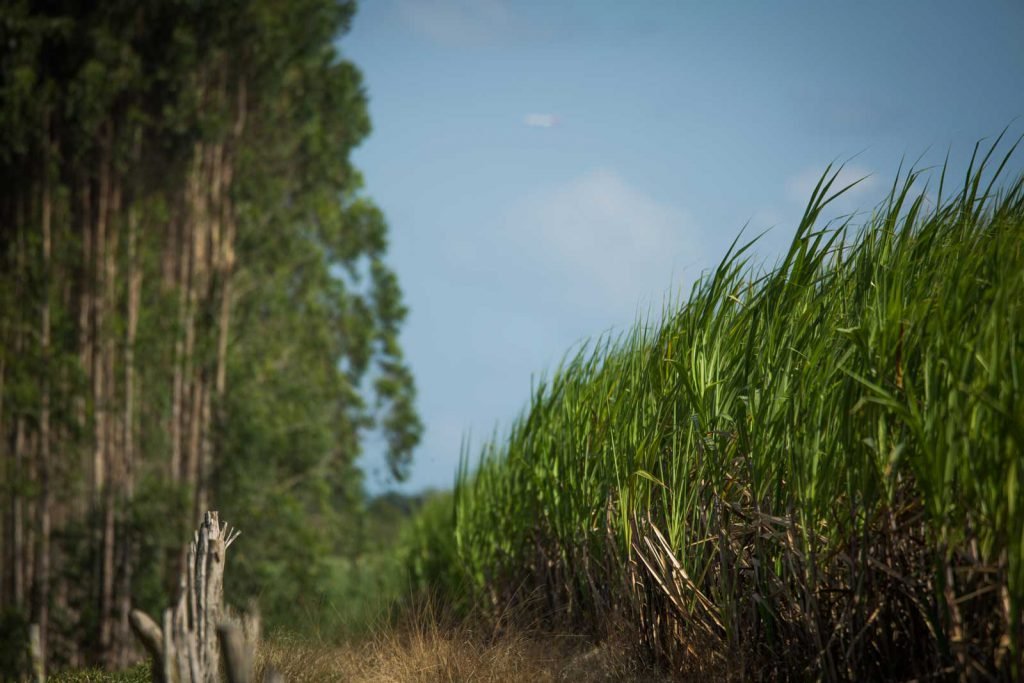 Sugarcane is also a highly sustainable renewable source available now to fight climate change. Brazilian sugarcane ethanol makes up 18% of the country’s renewable energy output. It has over 70% fewer CO2 emissions than petrol.

Thanks to sugarcane ethanol, Brazil has been able to displace 40% of its petrol consumption for road transportation. In 13 years this led to a CO2-equivalent emissions saving of 370m tonnes in Brazil’s flex-fuel fleet alone. That’s an average saving of 28.5m tonnes of CO2 per year. Sugarcane is also critical in reducing dependence on petroleum-based plastics.

Many of these are much more biodegradable than traditional plastic, and each tonne of bio-polyethylene – the building blocks of bioplastics – saves 2-2.5 tonnes of CO2 emissions on a lifecycle basis.

The major production areas of sugarcane in Brazil are located 2,000-2,500 km away from the Amazon[4], and the sustainable expansion of sugarcane cultivation across Brazil’s territory is strictly controlled by the Agroecological Zoning of Sugarcane national policy.

New cultivation is allowed only on land that can be cultivated with minimum environmental impact and that requires the least amount of water possible. Its cultivation, for example, is not allowed in the Amazon, Pantanal wetlands, Bacia do Alto Paraguai or in any other area of native vegetation. This policy ensures that any growth in Brazil’s sugarcane production and exports continues to protect Brazil’s sensitive biomes.

[1] Expected to rise by 8.1% per capita to 2027 according to the OECD and FAO
[4] Brazilian Sugarcane Industry Association (UNICA), Sugrcane.org Sugarcane: one plant, many solutions
[5] Brazilian Institute of Cachaça (IBRAC)