The quality of Brazilian poultry and the efficiency of Brazil’s chicken production has made the country the world’s largest poultry exporter and third largest producer. About a third of all Brazilian chicken produced is exported – 4,2m out of 13,8m tonnes in 2020 – to over 150 countries worldwide.

Brazil can be considered as something of the perfect environment for chicken farming, thanks to the sub-tropical climate where most of Brazil’s chicken farms are located, and its sustainable farming practices, which allow for good animal health and welfare conditions, environmentally-friendlier poultry production, and cheaper chicken for all.

Brazilian chickens enjoy greater space and lower density than many other major-scale poultry production countries around the world. Density of chicken housing in Brazil is for example on average 13% lower than in the EU.[1]

They are raised in semi open-sided houses that are naturally lit by daylight, naturally ventilated, and require no heating. This has implicit benefits for animal welfare. Completely natural ventilation not only removes excess heat, moisture, dust and odours, but also helps dilute and expel airborne disease organisms.

That strongly integrated production chain includes chicken suppliers, farmers, abattoirs and exporters. Some 70% of Brazilian chicken exports come from smallholding chicken producers, many of whom have integrated abattoirs within their own farms.

Integrated abattoirs are better for animal welfare as they minimise the need for the transportation of live animals for slaughter. This system also allows for better quality control, with constant technical and veterinary assistance, and ensures strict compliance with internationally recognised standards, including BRC Global Standard for Food Safety, International Featured Standards (IFS), and the GLOBAL GAP Worldwide Standard for Good Agricultural Practices. 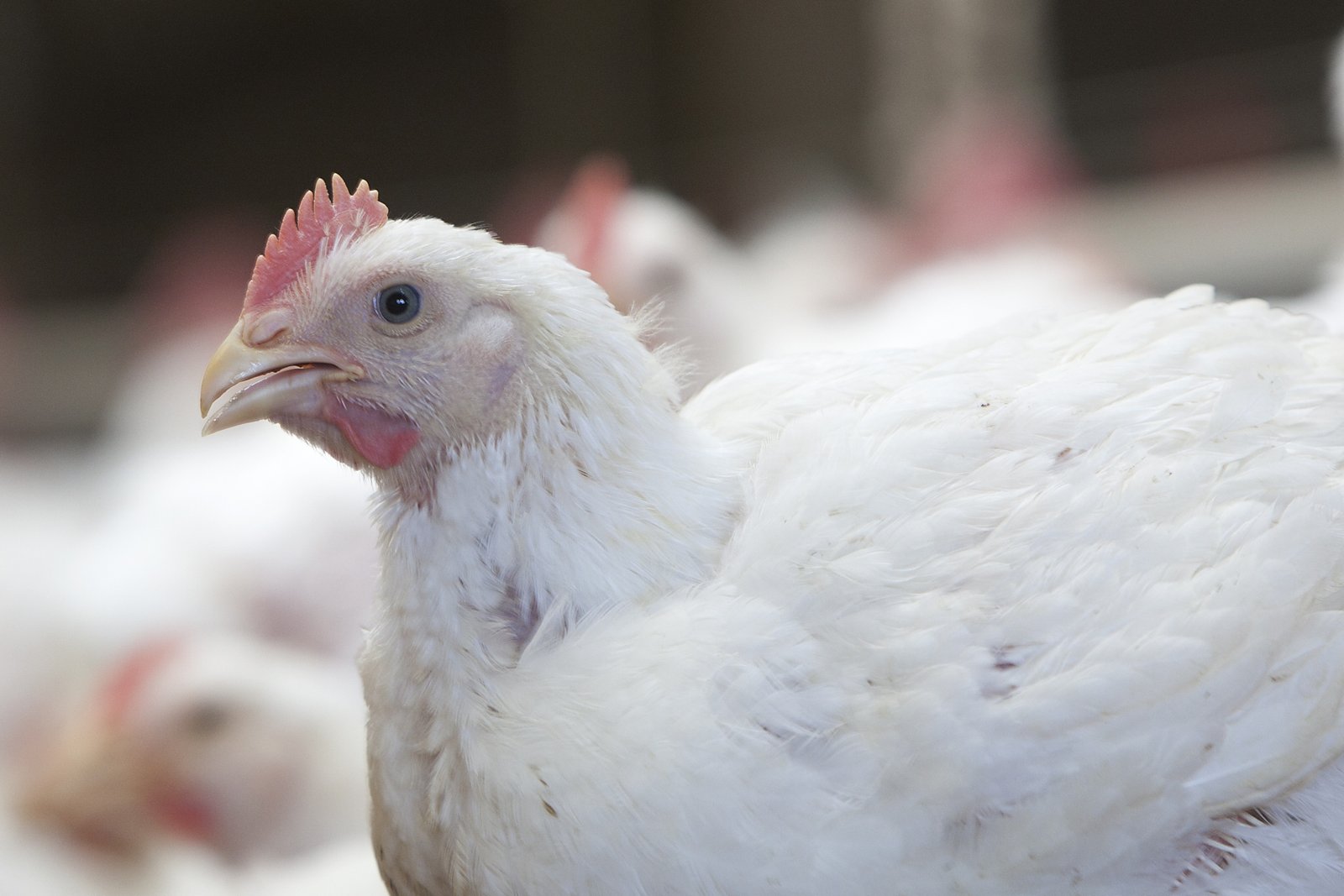 Brazil is one of the few major poultry producing countries that has never recorded a single case of avian influenza (bird flu). The country’s poultry sector is also completely free of Newcastle disease, and Brazil’s poultry exports are 100% hormone free.

All poultry produced is subject to strict quality and health control processes, overseen by Brazil’s Ministry of Agriculture, Livestock and Supply (MAPA).

Exporting plants are also assessed by the health authorities of importing jurisdictions, including for example the EU and Japan, and imports are commonly subjected to a range of meat quality tests on arrival.[3]

The reason is that the majority of Brazil’s poultry production is concentrated in the south, mid-west and south-east of Brazil, where the dominant climate is subtropical or humid subtropical, temperatures mild and temperature variations muted, and where there is an abundance of natural luminosity and water.

Allied to low energy consumption for ventilation and heating of poultry houses are easily-available and locally-produced bird feed and a simplified production structure. According to the UK’s Department for the Environment, Food and Rural Affairs (DEFRA), energy consumption in Brazilian poultry production is 25% lower than that in the UK’s.[5]

Even when transportation to the UK from Brazil is included, each Brazilian chicken consumed in the UK has an emissions footprint that is almost 10% smaller than locally-produced British chickens.[6]

Poultry production in Brazil rigorously adheres to norms and limits for emission of effluents and residues, avoiding contamination of springs, streams and rivers.

As most poultry producers are small- and medium-sized family businesses, Brazil’s poultry sector plays a critical role in the social and economic development and wellbeing of many of Brazil’s rural communities. It is often the major employer in many rural towns across the country’s south. For example in Marau in the state of Rio Grande do Sul, almost half of the town’s workforce is employed in poultry production.[7] The sector counts 3.2m poultry farms and supports some 3.5m direct and indirect jobs.[9]

Brazil has strategic partnerships with importing countries in meeting market demands. This has guaranteed solid relationships with partners throughout the world and creates new export potential. For example, Brazil is today the world’s largest Halal chicken exporter, and Muslim countries are the major destination for Brazil’s chicken exports. The birds are fed a maize and soy-based diet free of impurities and are slaughtered according to Islamic law.

Halal production certification in Brazil is conferred by independent certifying bodies such as the Islamic Dissemination Center for Islam in Latin America (CDIAL Halal), the Federation of Muslim Associations in Brazil (FAMBRAS), and the Islamic Inspection Services (SIIL Halal), as well as by the governments of the importing countries themselves. This certification provides consumers with the confidence that they are buying food produced with the strictest respect for religious rules.[10]

For example, the EU imported 252m tonnes of Brazilian poultry in 2020, which corresponds to 6,1% of the country’s chicken exports. Moreover, Brazilian chicken meets the demands of Europe’s catering and food processing sectors, not competing with the local production, sold directly to the consumer in supermarkets.